Every Start Has an End: Keeping an Eye On Recession Indicators

There is much to be happy about regarding the U.S. economy and the stock market, so it feels a bit weird bringing up the topic of recession. Below I will discuss and outline a number of economic indicators which I believe are important for people to consider and then summarize my thoughts regarding our position in the market cycle.

As seen below (represented by the dotted line), the current recovery and economic expansion is now the second-longest in history, and had much overlap with the longest bull market in U.S. history. 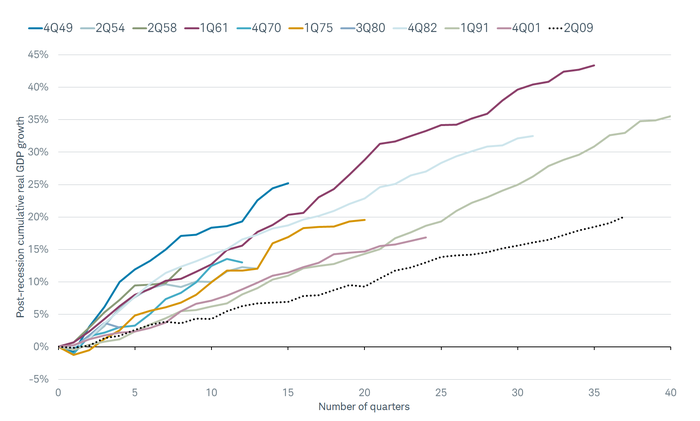 If this expansion continues, we will break the record in about nine months, but it’s still appropriate to highlight the signs to look for to get a sense of when the next recession could descend. The Treasury yield curve is known as one of the most consistent recession indicators. The curve shown below represents the spread between the 10-year Treasury note yield and the 3-month Treasury bill yield. Not only has the curve steepened a bit recently, due to the back-up of longer yields; it’s not yet close to inverting – the inversion being the leading indicator which tends to precede recessions.

Yield Curve Not Yet Flashing Red 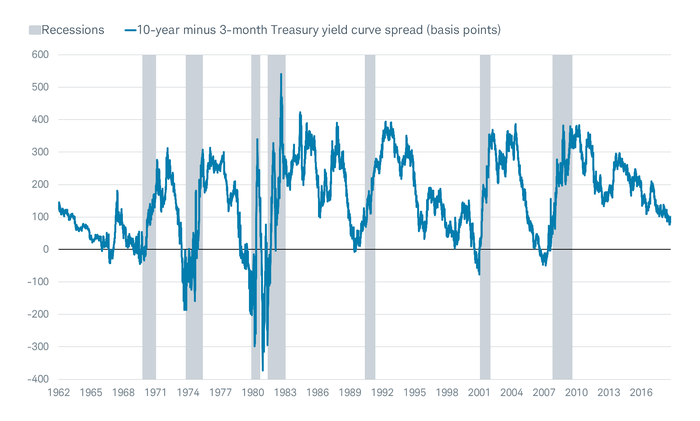 The Federal Reserve Bank of New York keeps a recession probability model, using the aforementioned version of the yield curve. You can see below that it’s been steadily rising and is approaching 15%. Obviously that’s a low probability, but at its highest reading since 2008.

Recession Probability Up, But Still Low 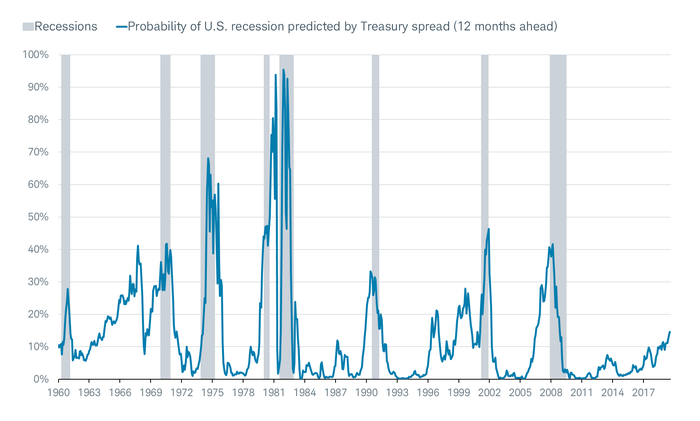 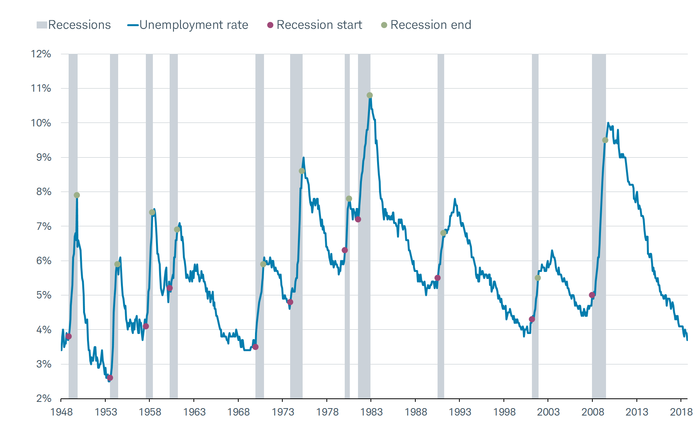 The stock market, as a leading indicator, tends to display its greatest weakness in the months immediately prior to the start of recessions, as you can see in the chart below. It’s not a perfect indicator, but it’s usually the case that the stock market gives some warning that the economic landscape is changing. It’s been a rough October so far for the stock market, so this bears watching; but a few days doesn’t a trend make. 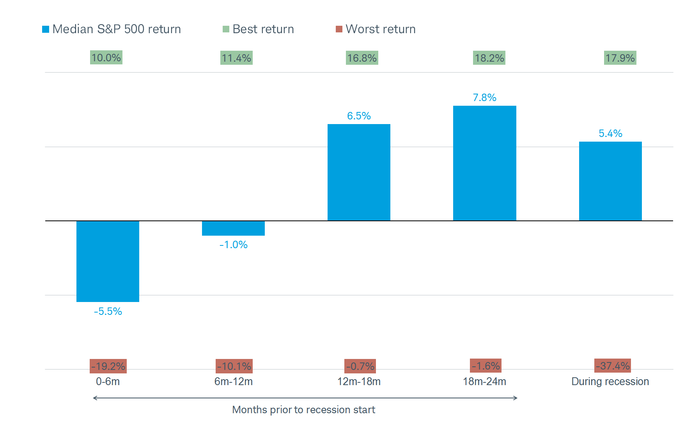 In sum, there is plenty to cheer about the U.S. economy, the growth rate of which should make it another nine months—at which point it would become the longest expansion in modern history (which in and of itself doesn’t represent a risk). As the old adage says, expansions do not die of old age … they are murdered by the Fed.

About the Author: Adam

This site uses Akismet to reduce spam. Learn how your comment data is processed.